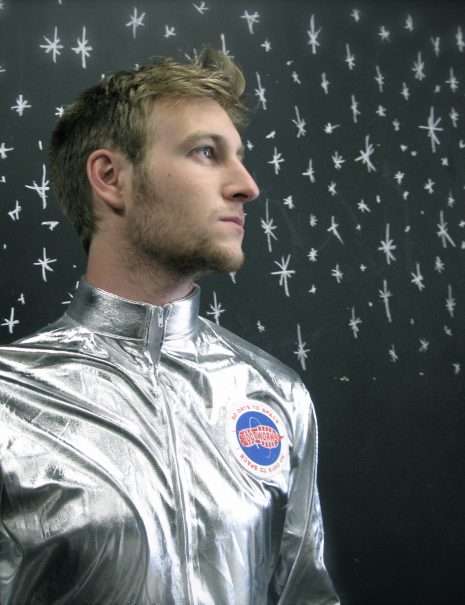 James’ main interests are children’s and young people’s theatre, (en)durational art, and the relationship between travel and performance.

He is currently studying for a PhD exploring the use of intergenerational theatre-making as a strategy for increasing the agency of young people. His projects for children include The Incredible Book Eating Boy, Frank Feelbad, and the (ongoing) podcast: TalkShop, interviewing children’s performance makers and producers about their work. Other works include 30 Days to Space, 30 Days to Edinburgh, and the upcoming work with young people called NINE.

James coordinates logistics (touring, insurance, and our assets), and is largely responsible for all our marketing and promotional materials.

He is a Senior Lecturer in Theatre at the University of Chichester (and coordinates the degree in BA Drama Theatre Directing. He is also a Lecturer in Acting and Performance at Solent University.

He initially trained at the University of Chichester before completing an MA at Dartington College of Arts.
Previously he has taught on the theatre programmes at The University of Portsmouth and the Royal Central School of Speech & Drama. He has been published in numerous publications and has won a Total Theatre Award for Innovation in 2010. 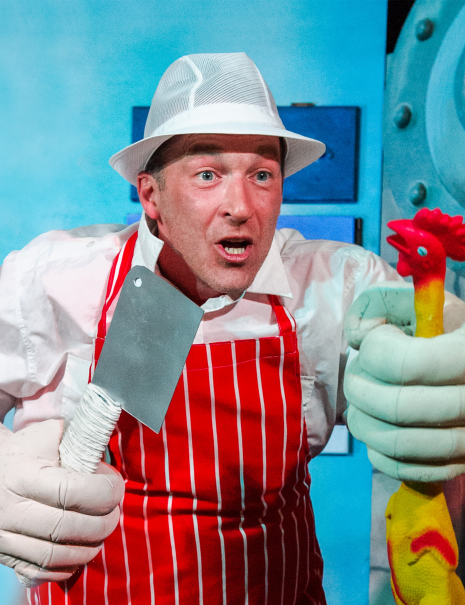 Rob’s main interests are devised theatre, installations, and (“DIY”) collaborative participation projects. His recent projects for Bootworks include Tiny Live Art, the DIY books, We Could Be Heroes, and The Black Box project.

Robert is a founder of Bootworks, and manages the formal (business) aspects of the company, technical matters, and sometimes works on design and construction. Robert mentors a number of graduate artists and creatives.

Originally from North London, Rob was educated at Northampton University and The University of Kent. His first work, Playing with MySelf in 2003 and scorezer0, its sequel, was funded by ACE and supported by RALP funded Choreographic Lab. Other work includes collaborations with Jane Bacon on two entries for the Video Place’s One Minute Wander dance video competition (winners 2000), premiered at Cinemarket 2001 by the Danish film institute and Bodyworks 2001 festival in Melbourne, and various work and training with a number of artists, including Sally Dean, Trestle, New Art Club, Nicolas Nunez, The New World Performance Laboratory, Goat Island, Xavier Le Roy, and V-Tol dance.

He is a Senior Lecturer in Theatre at the University of Chichester, and coordinator for their MA Performance programmes. 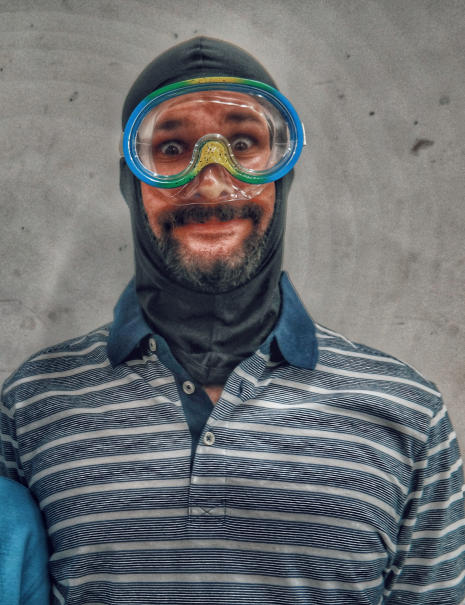 Andy’s main interests are in popular culture, film, interaction and participation, and making work for outdoor arts and non-traditional contexts.

His recent projects include a film-adaptation trilogy (“Predator: finishing off what I started when I was five”, “Now Listen To Me Very Carefully”, and “We’re Gonna Need a Bigger Boat”) based on movie texts (Predator, Terminator 2, and Jaws, respectfully) as metaphors for growing up and learning about the world.

He is a Senior lecturer in Theatre & Acting at the University of Chichester, and is the director and programmer for the ShowRoom Theatre Chichester. Andy has occasionally written for Total theatre Magazine (2011) as well as working as an outside eye / dramaturg for Uncanny Theatre and The Sleeping Trees.

Andy trained in Chichester obtaining a BA (hons) and Masters in Theatre. He currently resides in Selsey as he doesn’t feel he’s cool enough to live in Brighton or London, but enjoys a good visit from time to time.

“Brownie points for Bootworks for bringing in new audiences to contemporary theatre!”

“A great, ingenious, joyful spree into being inside a film. Only theatre could do this!.”

We are an ACE / locally subsidised Community Interest Company, and deliver between four to five creative projects per year, accessing varying audiences and sectors.

Bootworks have two award nominations and one win for innovation and experimentation, from Total Theatre, are supported internationally by the British Council, and are resident artists at the ShowRoom Theatre, Chichester